A VPN not only protects you from hackers but also help you to access the contents which are not available in your country. Using one of the best VPN to protect your privacy and also contribute to cybersecurity.

We all know that the VPN app can be life-saving right. When our government ISP blocks any website or social network within the country, what we first do is search for the best VPN services online right. Just like that, I thought to write about the best VPN apps one can try in 2019, which really works. Few of these Android VPN apps can block ads on YouTube as well.

I don’t want to confuse you by providing a list of 10 or 20 apps to hide your IP address. Because of this reason here, I will give you a list of the three best VPN apps that work.  I have already tried these VPN apps, which are best when it comes to providing free website functionality by removing the ISP restrictions and give free to access any blocked site.

The following are the most popular Android VPN apps that you can try for your Android smartphones/tablets if you want to remove government ISP restrictions on any websites and feel free to access blocked sites within your area.

So, the thing is out there are many apps because one has to try these apps one by one which can mess up your precious time so I have decided to put only the best VPN Android apps that you should try in 2020. 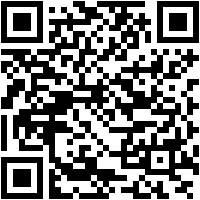 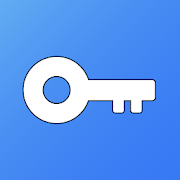 Download QR-Code
Snap VPN - Unlimited Free & Super Fast VPN Proxy
Developer: Autumn Breeze 2020
Price: Free+
Snap VPN is for those who are looking for 100% free and unlimited usage VPN apps. You can access blocked sites with high-speed VPN service with Snap VPN Android app. It is a free VPN proxy by Snap VPN-Snap connect, and you can get your connection established successfully in just a snap. Don’t worry; it doesn’t require any username, password not even registration more like a plug and play. 🙂 Fantastic.

With Snap VPN Android app, you can have lots of free VPN servers right under your fingertips that provide better VPN services ever. Download Snap VPN app today, and bypass firewalls of your school proxy easily and pretend like a hacker among your school buddies.
Don’t hesitate to download snap VPN app to unblock sites with free proxy servers available inside the app interface.

Like any other VPN app, this app also promises, and it gives the best VPN features to its users. VPN 360 lets you surf any blocked websites anonymously, and it provides full privacy as well. You don’t have to worry about being tracked by your ISP by someone else. Because that’s what it promises to do and your real IP address will be hidden. Using this app, you can access all your favorite sites online without paying even a single buck. Even though it is free of cost, it has a user-friendly interface. So, it is one of the best VPN Android apps that you should try in 2020 because nobody knows what’s going to happen tomorrow, lol just kidding. You can download the APK file of VPN 360 and use it anytime super-fast.

Features that stand out VPN 360 among the crowd 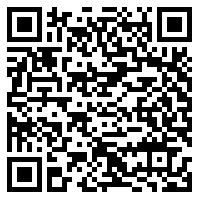 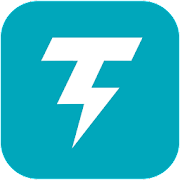 Download QR-Code
Thunder VPN - A Fast , Unlimited, Free VPN Proxy
Developer: Signal Lab
Price: Free+
Just as the name says it all, Thunder VPN and it works like thunder. It is a lightning-fast VPN app to provide free VPN proxy service right on your Android smartphone’s screen. You don’t have to configure it, because it works on its own and protects your online privacy too. You have to click a button, to be able to access blocked sites securely and anonymously.
Thunder VPN is an essential tool when it comes to providing online privacy and Internet’s safety. It encrypts your connection so that nobody can track you down while you do your ongoing online activities without having to worry about your privacy. That’s what makes it more secure than an online website proxy.

Thunder VPN has a global VPN network that includes America, Europe, and Asia.
As per the recent changelog, the app developers are moving further to add servers from different locations. Also, most are free to use; you can click the flag and change server whenever you want to change the location of your VPN if you feel unsafe.

To conclude, all the three apps mentioned here are the most popular and best VPN android apps which you can use to surf the internet anonymously. With the help of these Android VPN apps, you can access geo-restricted sites as well. So try any of these Best VPN android apps and share your feedback in the comment section.

© All Rights are Reserved By LatestSets
We use cookies to ensure that we give you the best experience on our website. If you continue to use this site we will assume that you are happy with it.Ok